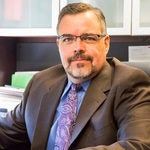 Rob Werking is an experienced Denver Metro based criminal attorney with over thirty (30) years of trial work.  Mr. Rob Werking has tried hundreds of cases in the state district courts, county courts, and all municipal courts.

If you’ve been charged with a crime or are concerned that you will be charged, please contact us to discuss your legal rights and receive professional advice regarding your case. Fill out the form below to receive a free and confidential initial consultation.

Thank you for contacting us. We will get back to you shortly.

Please complete all required fields below.

We offer free telephone consultations and we'll gladly discuss your case with you at your convenience. Contact us today to schedule an appointment.